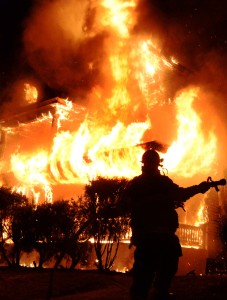 Schenectady firefighters responded to a house fire at 1052 Parkwood Boulevard after a fire on a porch was reported. Upon arrival of Deputy Chief Dan Mareno a 2nd Alarm was sounded bringing the remainder of city apparatus to the scene as well as Engine 402 from Niskayuna Fire District 1. The crew of Engine 4 was successful in rescuing a woman from a 2nd floor bathroom. She was taken to Albany Medical Center then transferred to the Westerchester Burn Unit. The cause of the fire is suspicious. 3 firefighters suffered minor injuries and were treated at Ellis Hospital and released.